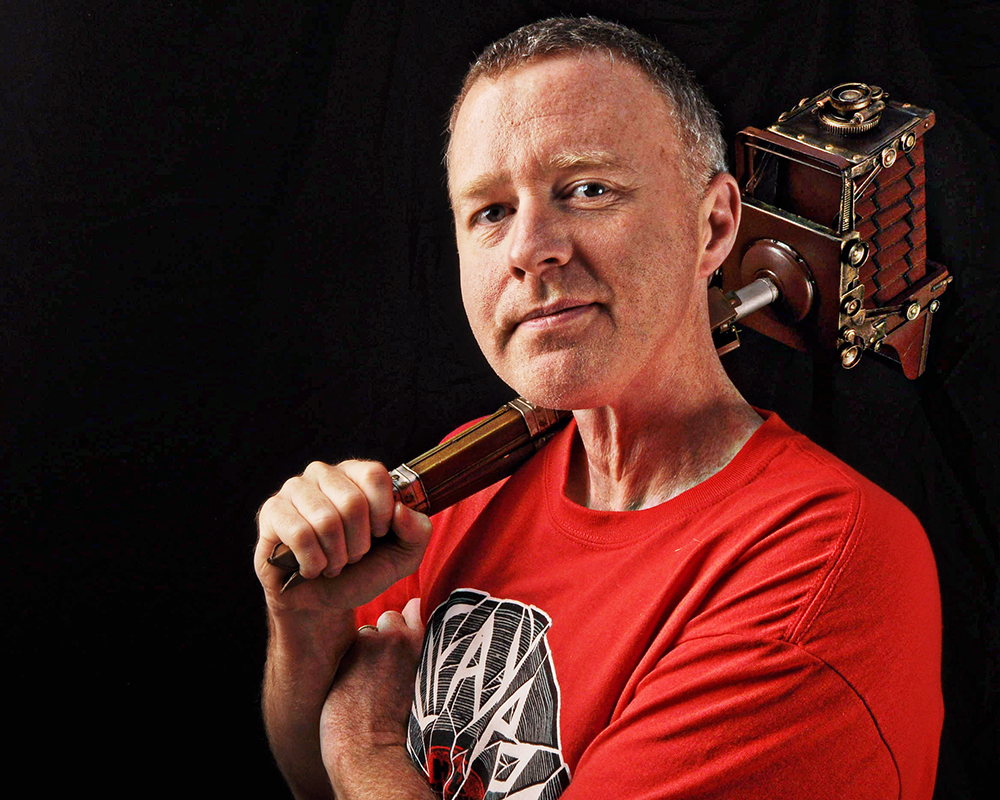 Ed Boulter is an intriguing man. He is open, interested and constantly inspired. In his work, there’s an unencumbered freedom, and a genuineness. And it can be contagious and disarming. In the world that we live in, it’s refreshing to see a little extra realness. He celebrates people as they are. And so he can easily bring out an authenticity in others.

Ed takes pictures because he loves to. And he has been doing so for many years. But his hearts work is more than that. It is more than just pictures.  His photography is his opportunity to celebrate people, community, collaboration, and thoughtfulness. And he very much understands and celebrates the power of these beautifully simple things.

On his 35th birthday Ed was diagnosed with squamous cell carcinoma. It was on the back of his tongue and it had been spreading quickly. And so, suddenly, the fight for his life was on. He fought hard, through weeks and weeks of fierce and gruelling radiation treatments, through fear, uncertainty, and aggressive surgery.

And when the treatment, that was designed to destroy his invader while sparing him, had been completed, and the doctors excitedly told him, to go home and recover… the palpable change from the fire of war, to the fragility of a peace that he couldn’t quite trust yet, was relieving, but still unsettling. The fierceness of the fight was mere embers. And what was left was the gentle sigh of uncertainty, and relentless worries.

And as he slowly took his time to digest what had happened, and as he started to make peace with what he had gone through, what came to him were the simple images, memories and feelings; the moments, of kindness, of giving, and of thoughtfulness.

So much of what had gotten him through was the gently exposed humanity, the selflessness and empathy of the people around him, some that knew him well, and others that didn’t know him at all, but just wanted to help.

He has experienced what kindness can do, what it can feel like to receive, and the true power that it can have to someone who has been through, or who is going through the deepest, most gruelling and terrifying fight; when the fragility and falseness of certainty is scrubbed roughly to soft, raw, sensitive skin and bone.

Within his revelations, a gorgeous idea was born; ‘forget cancer’, the show celebrating cancer survivors; an adventure, a time to be excited, to celebrate what makes this person who they are, and to enjoy passions with a team of excited and heartfelt people.

The adventures that he ignites, provokes, fans and welcomes on the show, in his work, and in his life, they are for all of us, and they remind us all that the kindness and inspiration that we participate in, is the realness that changes us, reminds us, replenishes us, that keeps us believing, and that saves us.

We can do it all, we can go through the hardest stuff and can come thorough it hand in hand… stronger for it, because we are in this together, and it is something so much bigger than ordinary, and so much more real than going through the motions.

Ed creates beautiful photos, but before and beyond that, he creates a genuine space that sparks, ignites, and kindles magic, by recognizing the amazingness and inspiration of the people that he works with.

This is a favourite quote of Ed’s and it’s easy to see that he lives by it: